A History of the Murph

The Laughlin Close Call & Lady Competition
​Driving out to L-Town we got pulled over going 85 in a 50 as Murph sipped Coors Original.  I've never seen someone take a beer down that quick so fast in my life, let along the can crush he administered afterwards to thwart the authorities.  As the trip unfolded I seem to recall Murph competing with Norton for the piece of ass below.  Can't remember who eventually won but I do know they traded her like a piece of beef jerky back and forth on the seadoo's for an afternoon, jockying for cock position.  Since then Murph's game has stepped up immensely and I believe he'd be a 10 point favorite against Norton next time out!

Palm Springs Ice Bucket Challenge
​Shorty after Terp got the welt of a lift time on his side (well, actually Morris' was better in Catalina, but that's besides the point), Murph ended up being the butt of a joke with a bucket of ice down the shirt.  I think he also might have pimped some black mom's on this trip...can't remember but sounds about right. 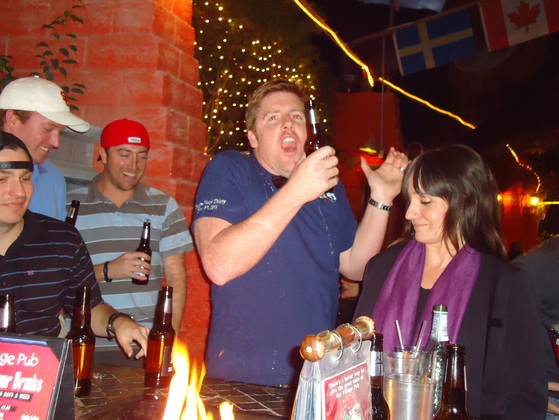 Costumes & Mustaches
Murph has always had some delightful outfits.  THat's all for this one, kind of weak but hey, they all can't be winners.
Big Bear & Sister Sex
Shorty after this pic was taken World War III broke out in a spa up in the mountains of Big Bear.  Why?  Well, let's just say that someone had sex with the hotter sister of someone's girlfriend.  Murph - I'm on your side with this one, I probably would have done the same!

Mommies
Murph holds the record for most Mommies smashed in a life time.  In fact, over the years he developed an ingenious systematic method called MMC (Mindless Murphey Conversation) which would sweep the moms off their feet, panties to the floor while Ryan knocks on the backdoor.
White Lies in Montreal
​
An international scandal ensues when a SoCal Playboy gets so drunk that he steals the GM's car keys to his classic Ferrari.  People come to the Playboys defense, fisttocuffs are eminent and all our glorious Murph can say is, "I don't know how they got in my room".  He is later decorated with metals of honor for the amount of tail he flirts with yet never puts the smash on.
Black Bulls Bouncer
​
Our savior of the trip, he defended the weak and road that hog like a champ clockin' in the most miles on the trip.  As an employed bouncer in the great city of Kernville, Murph has an uncanny ability to spot trouble, egg it on then laugh at the victim while scolding short bald men with trigger tempers.  "I'm a victim Ryan! - Alex  "No you're not, your a pussy" - Ryan 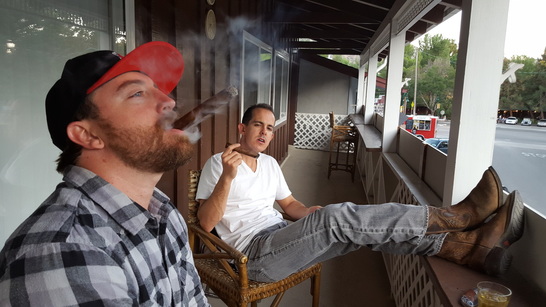 Forever the most damaging picture of anyone in our group, Darkness has turned into an icon of debauchery, lust and interracial pay for play.  Is it a tranny?  A post-opp woman of the night?  Nope, it's just the chick Murphey spent all his hard earned cash on and willingly posed for a picture with. 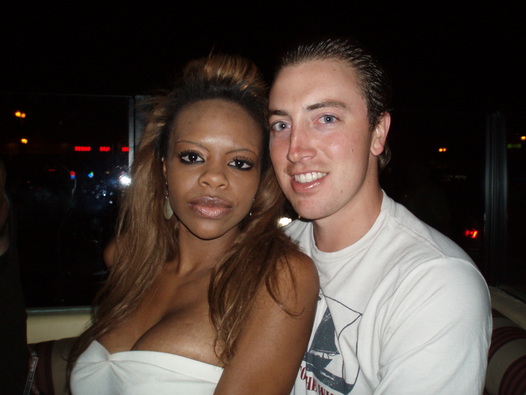 Love you brother.  Have a great time in Vegas!  Stay away from the Darkness!